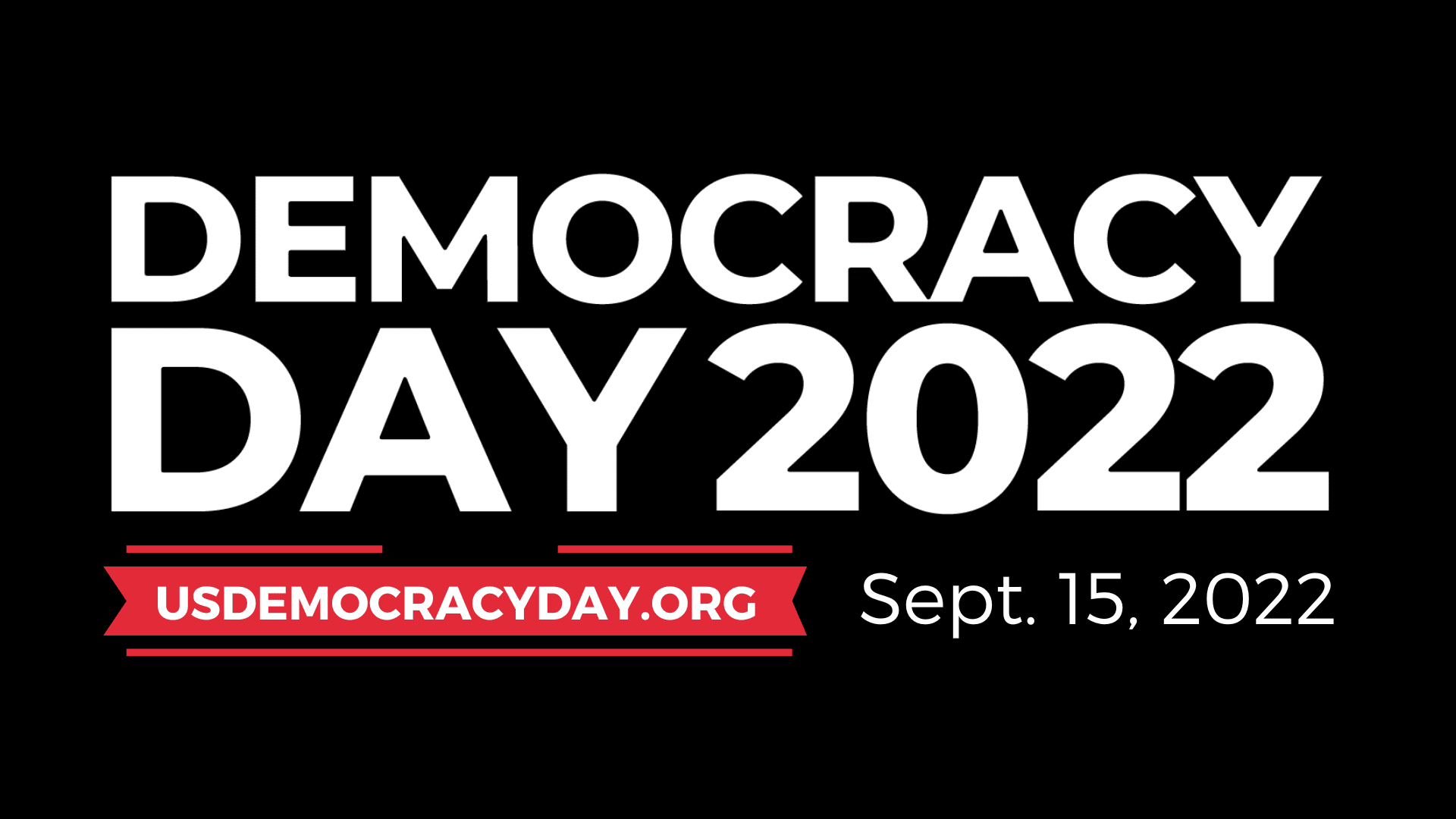 Here’s how we organized a nationwide pro-democracy reporting collaborative

This post is an attempt to explain what happened and how the U.S. Democracy Day collaborative came together in the hopes that others will take the initiative to form similar collaboratives of their own going forward.

DEMOCRACY IN THE U.S. IS UNDER THREAT
We’re currently facing an unrelenting assault on our democracy, a clear and present threat to our constitutional rights and our ability as journalists to exist and do our jobs. But as we inch closer to a possible democratic collapse in 2024, the magnitude of that threat isn’t well-understood by all Americans, nor is it being treated seriously enough by our elected officials. In some cases, elected officials are part of the anti-democratic efforts, and aren’t being held accountable. It’s time for journalists to step up and do more.

DRAW ATTENTION TO THE CRISIS AND HOW INDIVIDUALS CAN RESPOND
Democracy Day is an effort to draw attention to this crisis, provide the public with the context and information they need, and bring all types of media together to sound the alarm collectively.

INCENTIVIZE MEDIA COVERAGE THROUGH A NATIONWIDE COLLABORATIVE
We’d like to provide clear explanations of what’s happening (and what could happen), give practical information on what members of the public can do, and uncover new revelations related to anti-democratic efforts.

We have chosen Sept. 15 as a day when print, radio, TV, and digital media on the national and local level will come together to report on the threat we’re facing. This will include original reporting, aggregations of existing reporting, and op-eds. Through the collaboration, we’ll make some Creative Commons reporting free for all to republish and use across various mediums.

What is U.S. Democracy Day and how does it work?

Watch (and share) this video to learn about this historic nationwide collaborative reporting project!

This 1-hour virtual session, hosted by the Democracy Day organizing committee, provides an overview of the project and covers items on the Democracy Day content menu, including some great examples for nearly every menu item. 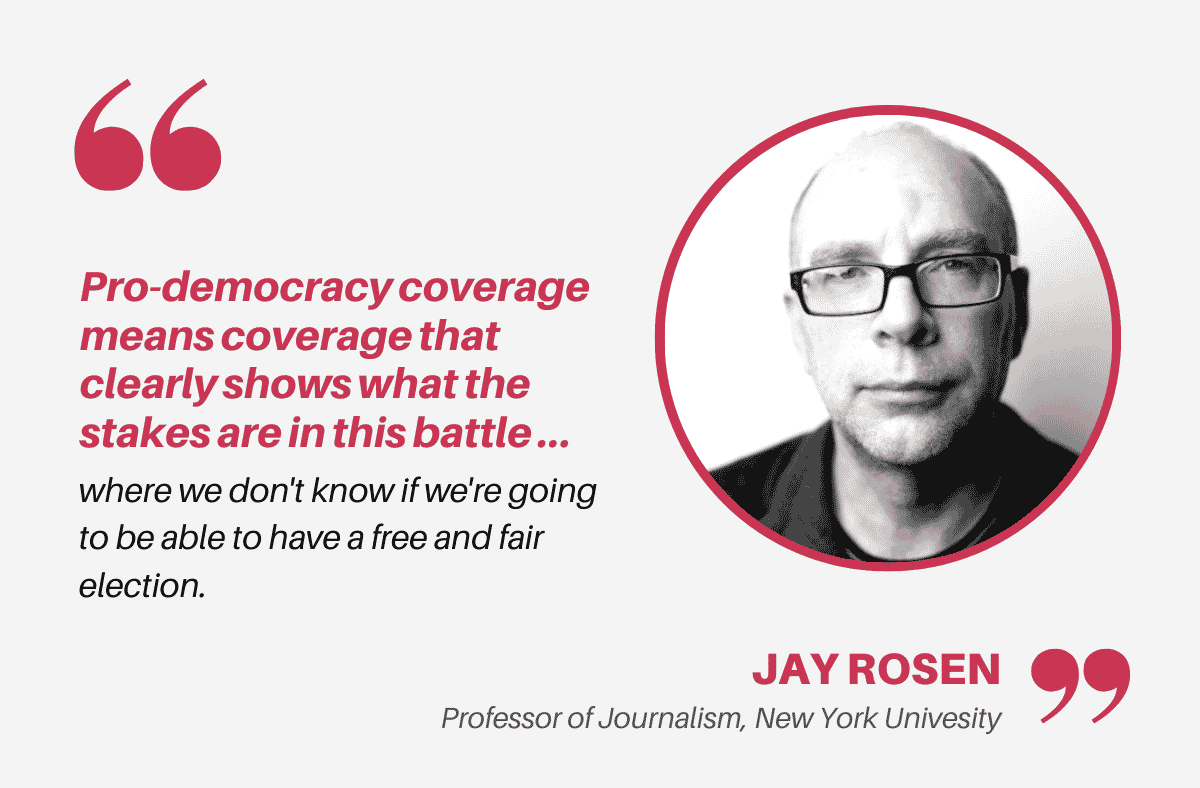 Beyond the ‘Democracy Desk’: Why U.S. newsrooms need to become explicitly pro-democracy HOW THIS COMPLEMENTS OTHER WORK + HOW IT STARTED
We know that some newsrooms are already thinking about this, and some are even building teams to focus on democracy, like at the Washington Post. Newsrooms like KPCC and the Long Beach Post, meanwhile, are shifting their political coverage to focus on democratic erosion and the voters themselves. We hope this effort will light a fire under newsrooms that haven’t yet thought about this coverage strategically.

We’re organizing this initiative with support from media industry groups, several of which have already signed on to support the effort. This idea is initially being developed by Jennifer Brandel, co-founder and CEO of Hearken and lead strategist on Election SOS and Democracy SOS; Stefanie Murray, director of the Center for Cooperative Media; Bridget Thoreson, member collaborations editor at INN; and me, Rachel Glickhouse, learning and labs director at News Revenue Hub. We’re hopeful that an organizational sponsor and funding to manage the project could help us jumpstart this effort.

We believe this effort will encourage more and better reporting on the anti-democratic threats we face. And we hope our actions will serve our country and help protect the rights we hold dear — before it’s too late.

Click here to learn more about how to participate.

💝  Email us for more info about how to financially support Democracy Day.

The Center for Cooperative Media at Montclair State University is providing infrastructure support for this first iteration of Democracy Day, so you can contact us at [email protected].

Still have questions? Contact the Center for Cooperative Media directly by sending an email to [email protected].

WHO IS FUNDING THIS PROJECT?

The Democracy Day project is supported by Democracy Fund and sponsored by the John S. and James L. Knight Foundation.