The oceans are going to swallow our coastlines. The storms are going to keep getting worse. Global temperatures will continue to rise. Also, the bees are dying.

When you consider the sheer magnitude of the problems we’re facing regarding climate change, it’s hard to be optimistic. Which is why it’s so inspiring to see groups of college students and advisers come together to report on those problems — and hopefully some solutions to them — in the face of it all.

And that’s exactly what is happening in New Jersey.

The goal of the project is to bring together as many campus media organizations in the state as possible and help them to work together on reporting on climate and environment stories over the next several months.

The project is part of the NJ College News Commons, a network of student journalists, publishers, and media organizations that have agreed to communicate and work together in order to improve the quality and sustainability of student journalism in the Garden State. The Center for Cooperative Media is providing project management and coordination support.

The project began in earnest earlier this year after students from multiple campus media organizations independently decided to cover the climate crisis during the fall 2019 semester. Since then, we’ve been discussing the idea with the rest of the NJCNC partners over the last several months, and the event on Aug. 23 served as the official kickoff for the project.

The event began at River Barge Park on the banks of the Hackensack River, where we gathered for a discussion with professional reporters about the realities of reporting on climate and the environment in New Jersey.

The students heard from New York Times environment reporter John Schwartz, ProPublica engagement reporter Maya Miller, and NJ Advance Media’s environment and outdoors reporter Michael Sol Warren about what it’s like to do this kind of work on a daily basis.

We discussed everything from the language we use when describing people and their beliefs about climate to the kinds of issues students should expect to face when attempting to report on climate-related issues on campus and in their respective communities.

After the roundtable was over, we joined boat captains from the New Jersey Sports and Exhibition Authority (formerly the Meadowlands Commission) and a representative from the NY/NJ Baykeeper for an hour-long pontoon boat ride up and down the Hackensack River to learn more about New Jersey’s Meadowlands and the creatures that inhabit them. 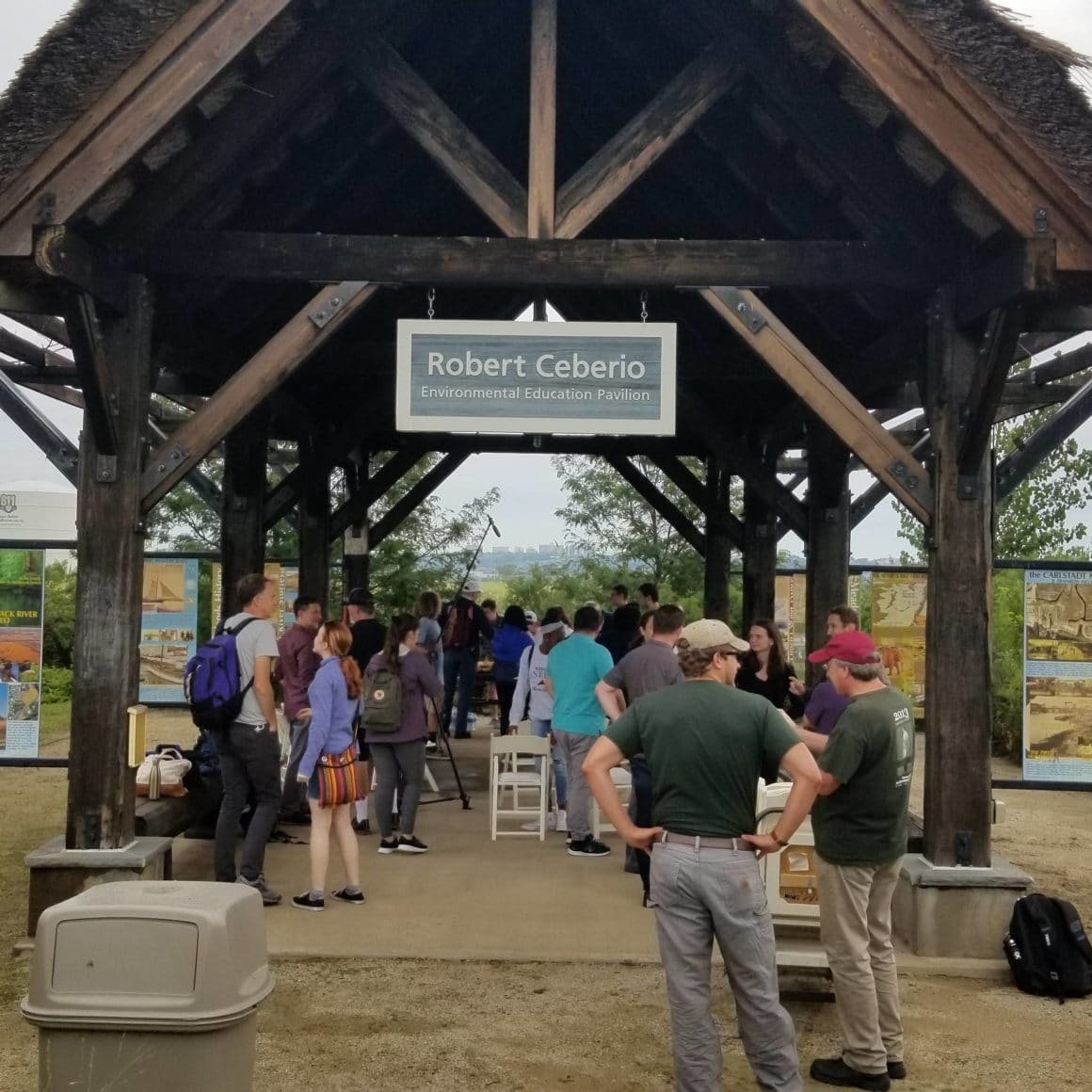 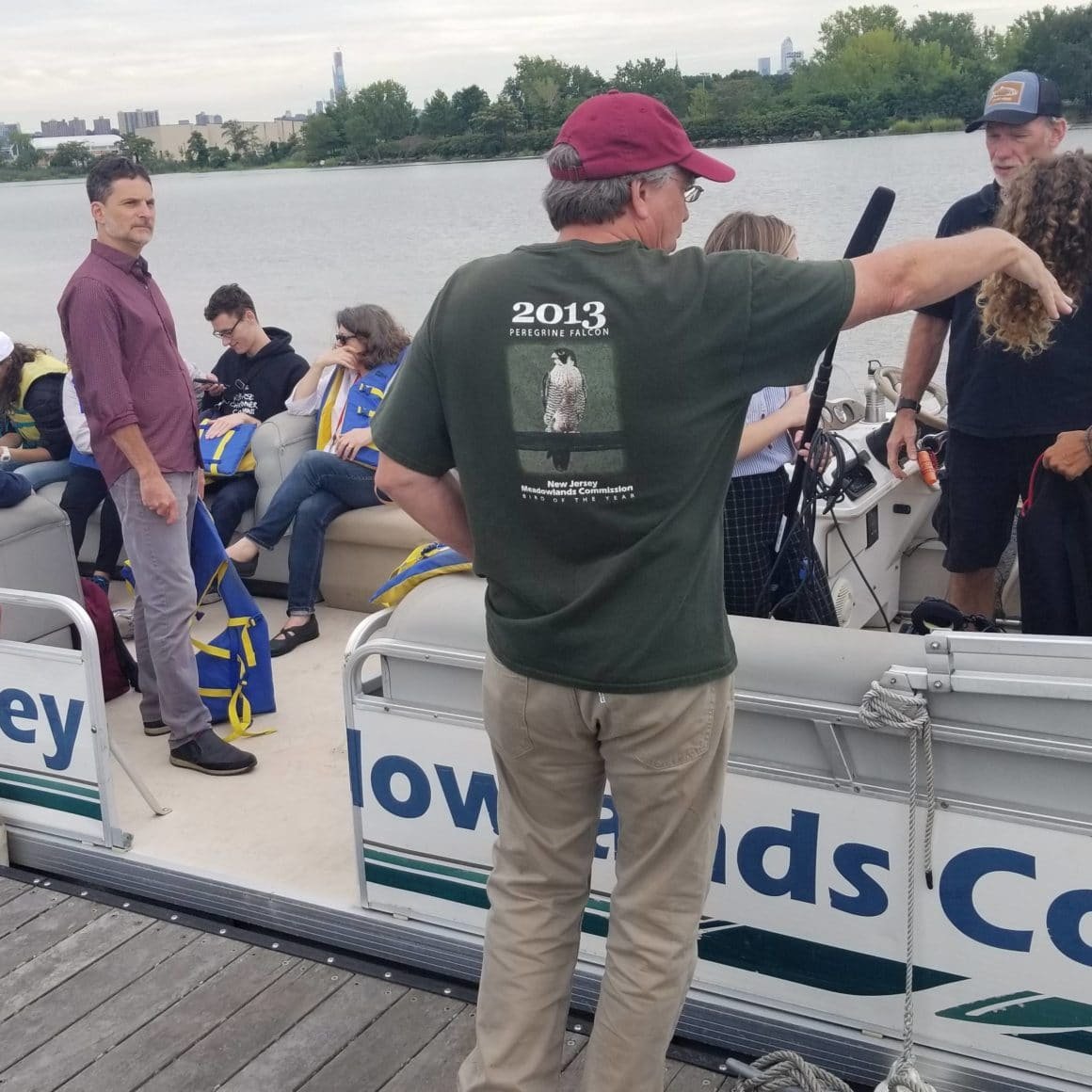 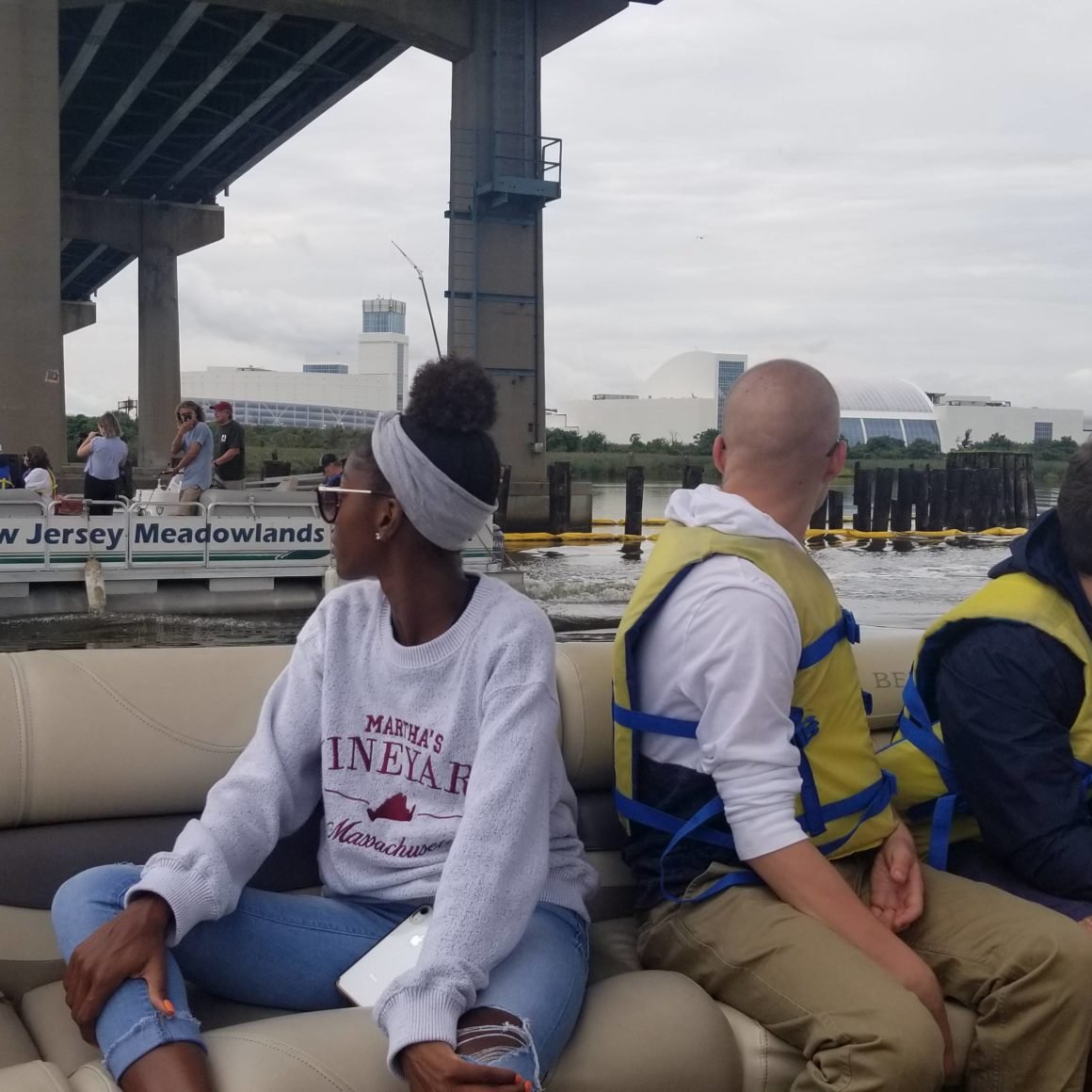 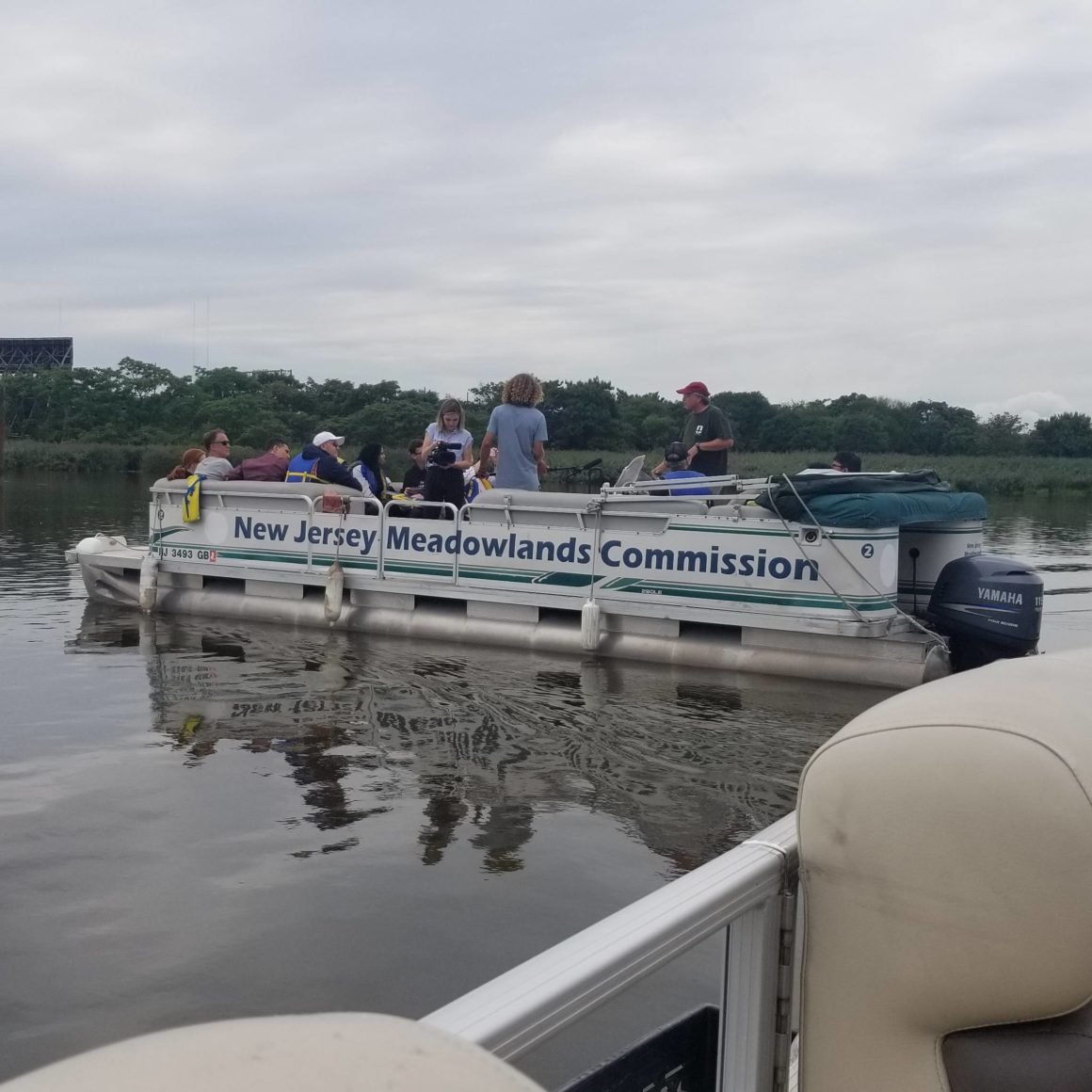 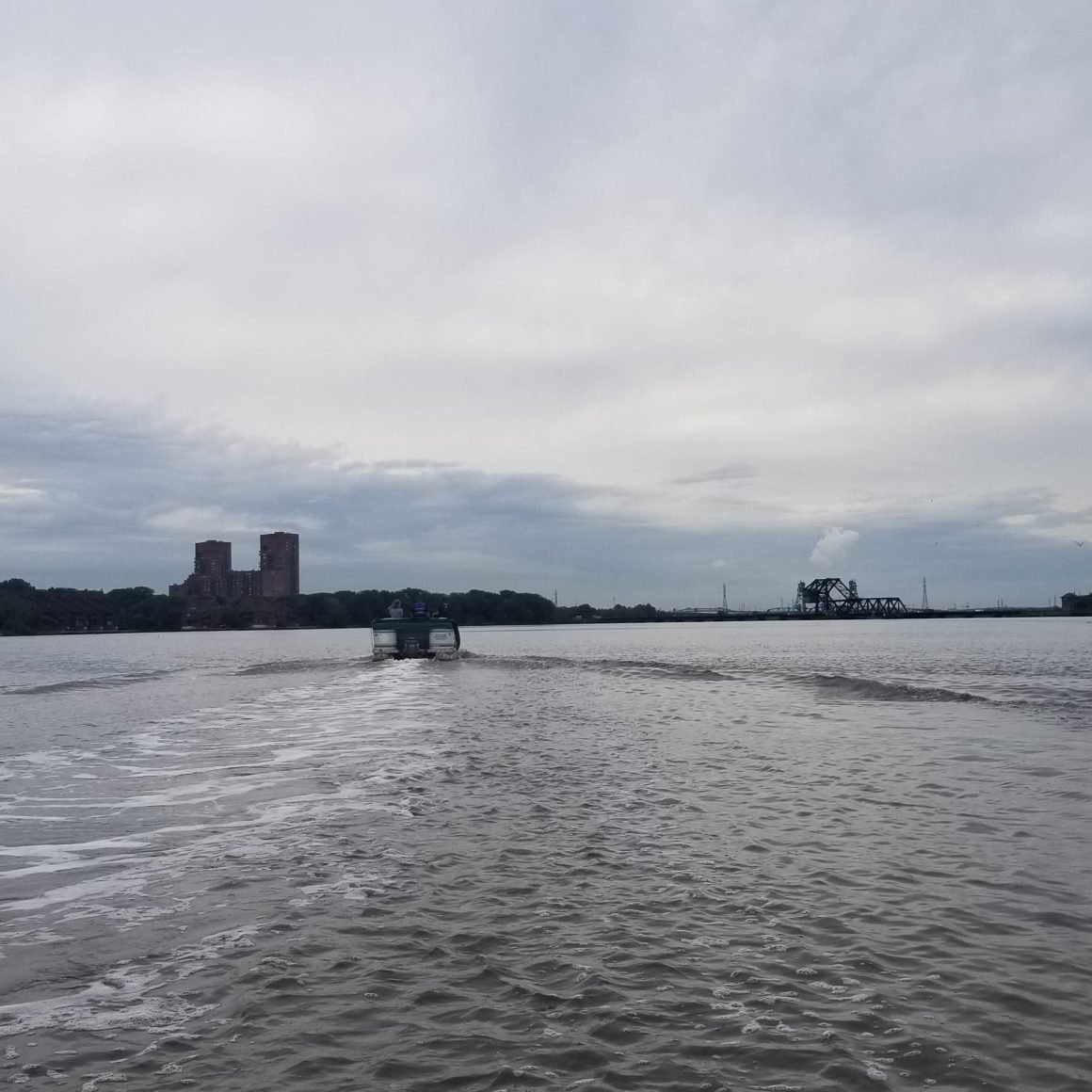 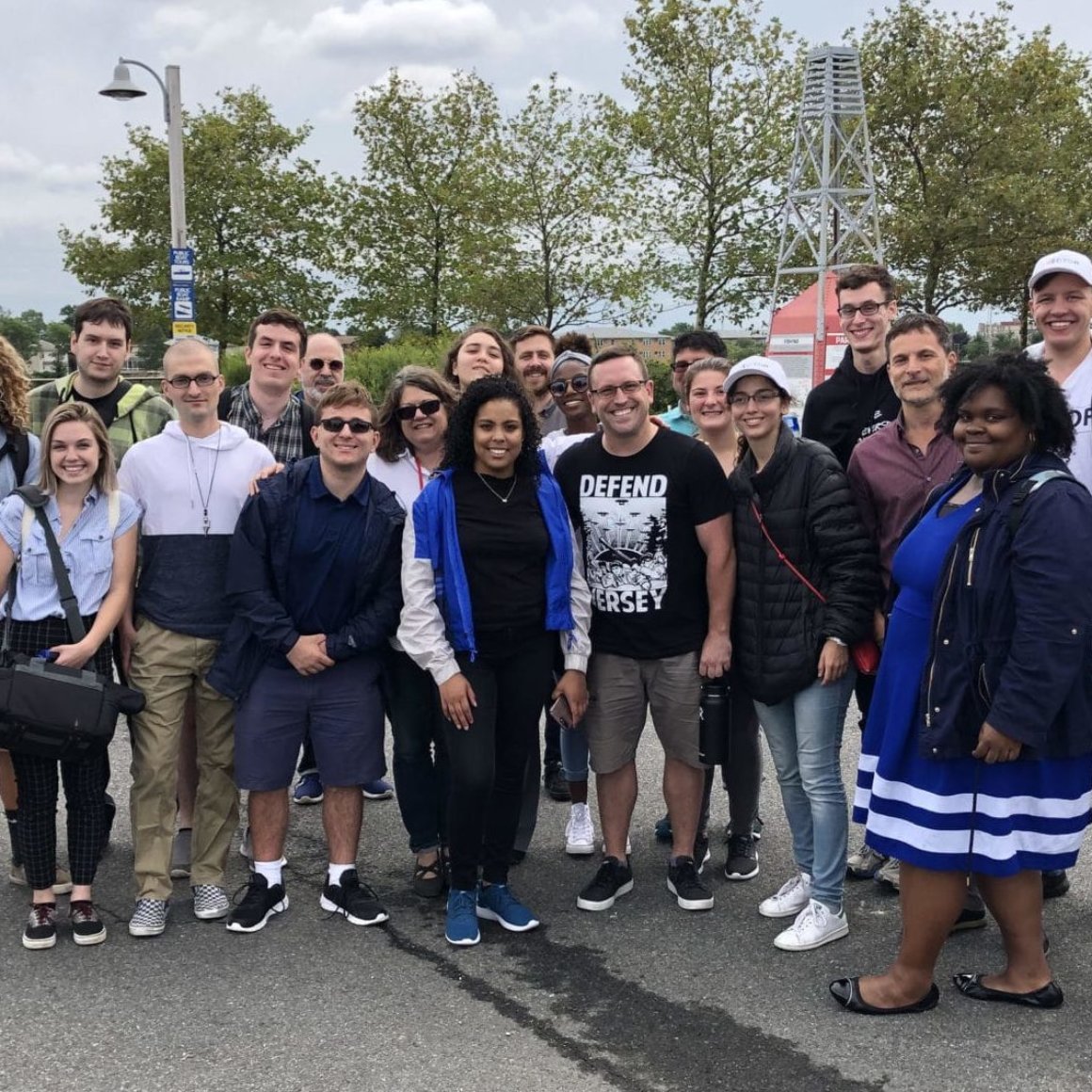 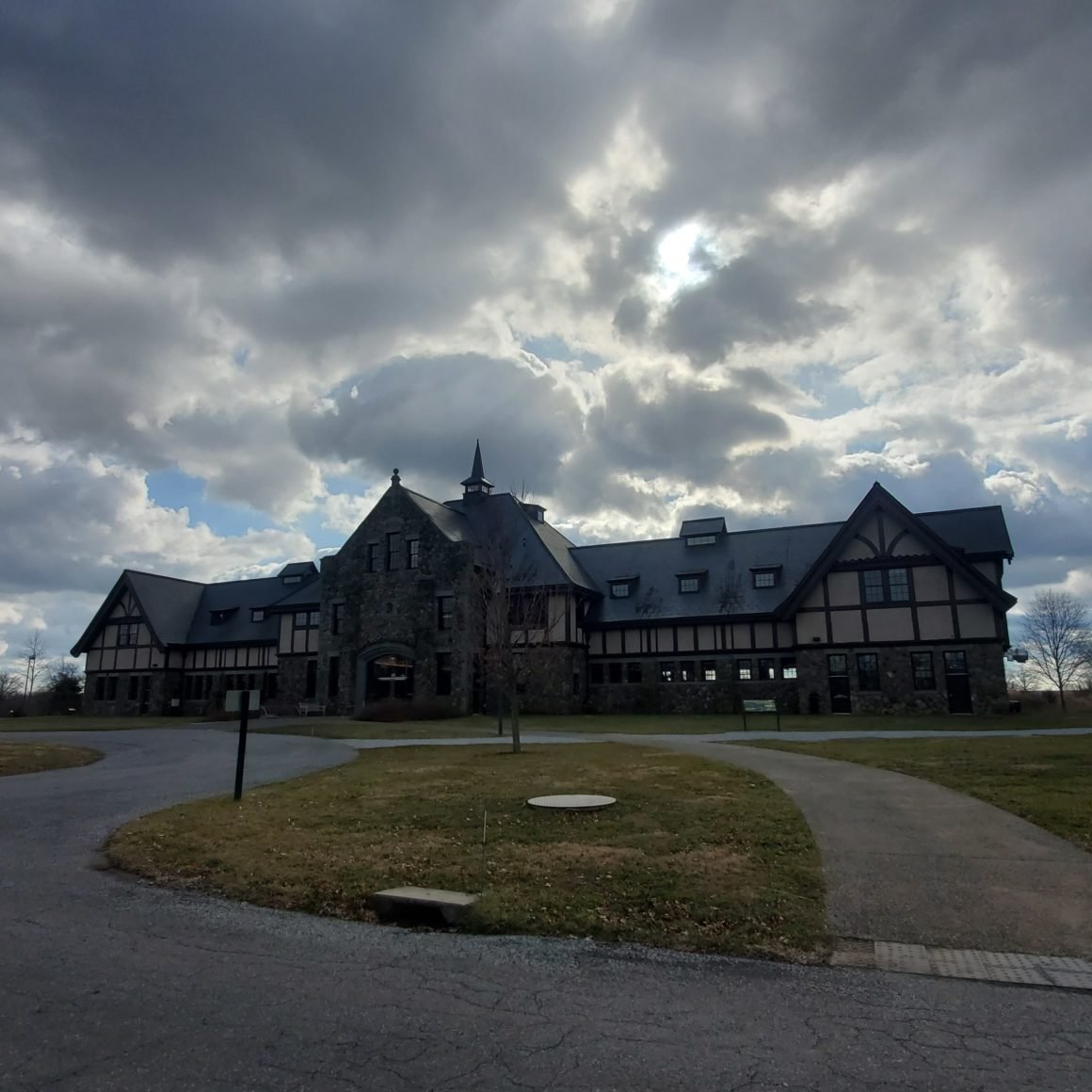 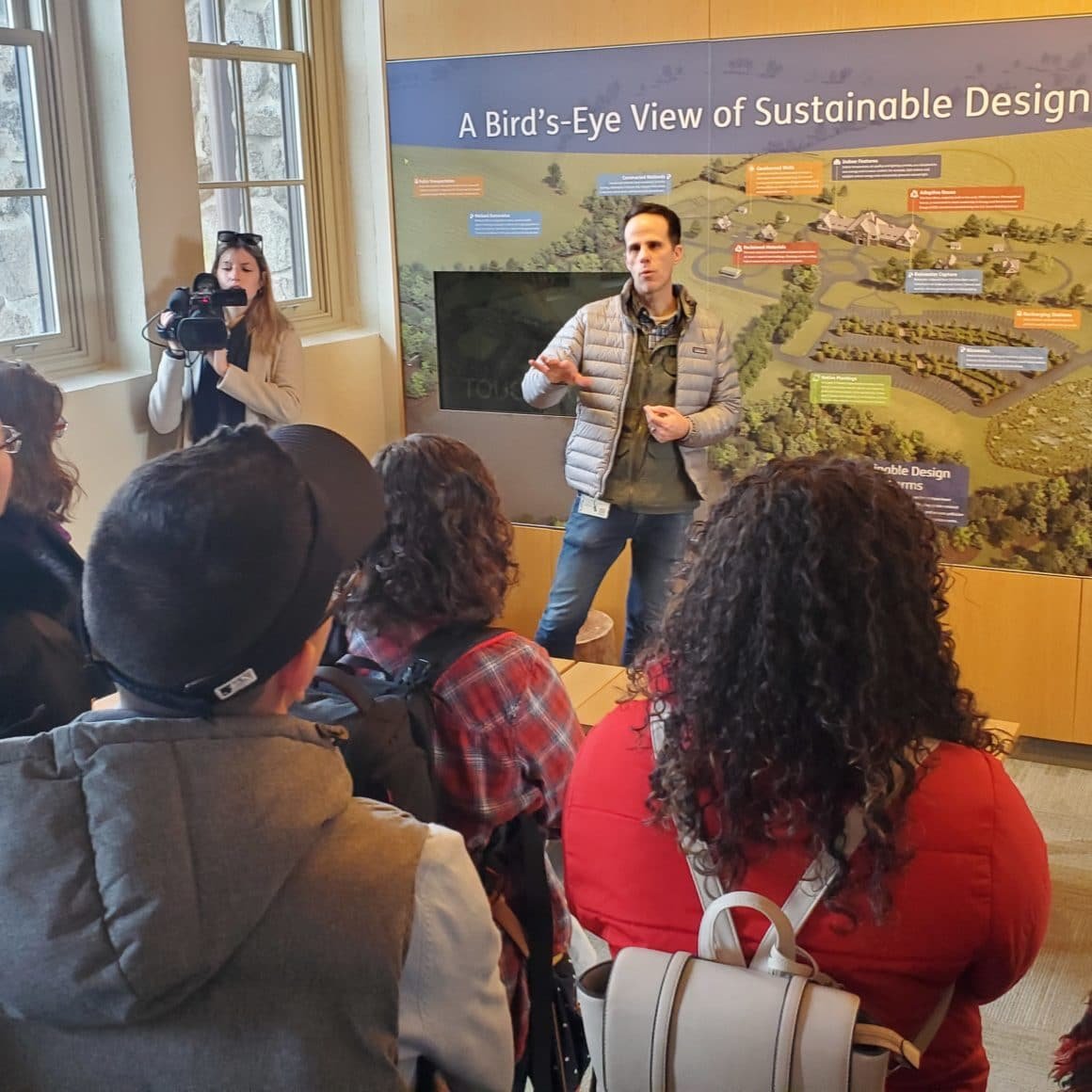 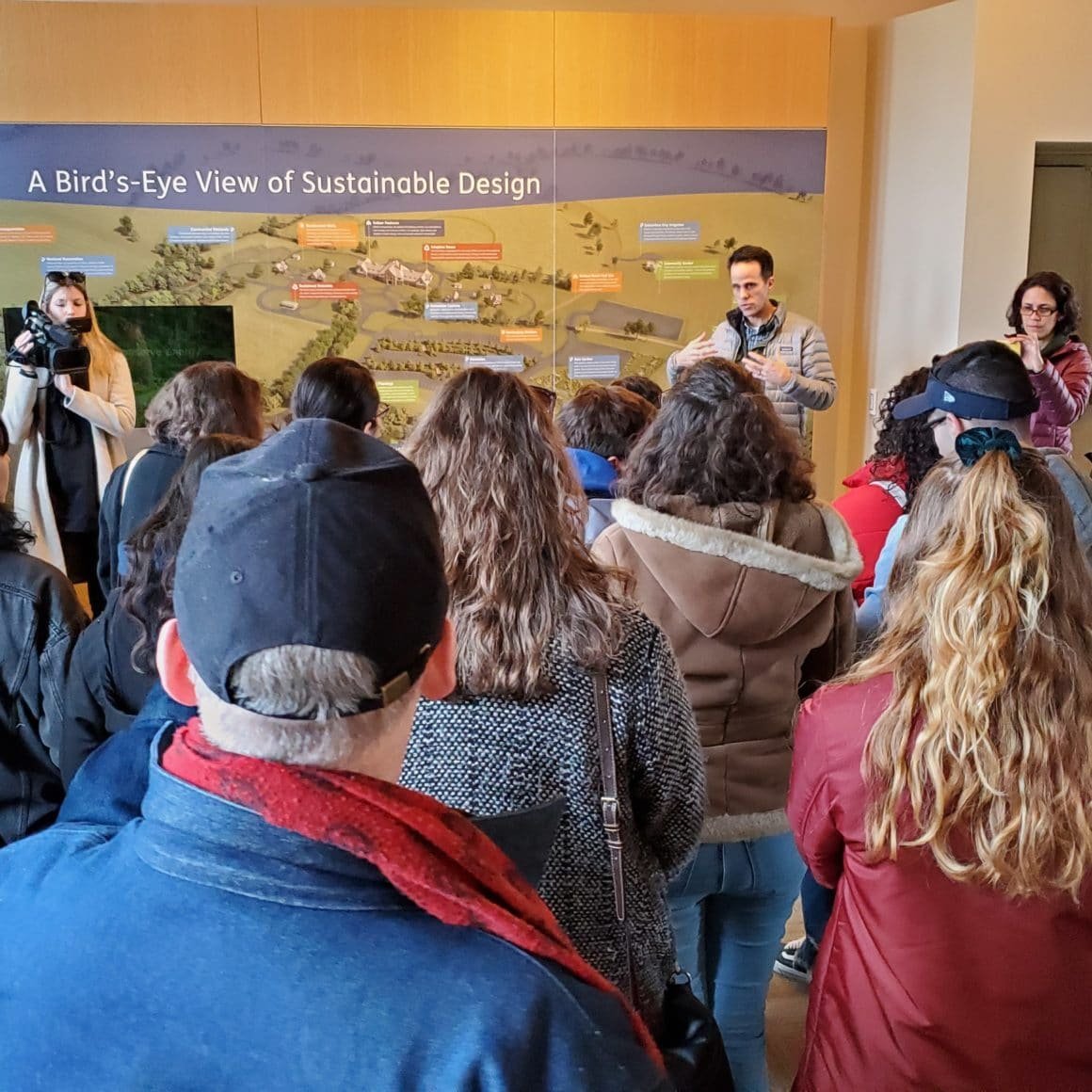 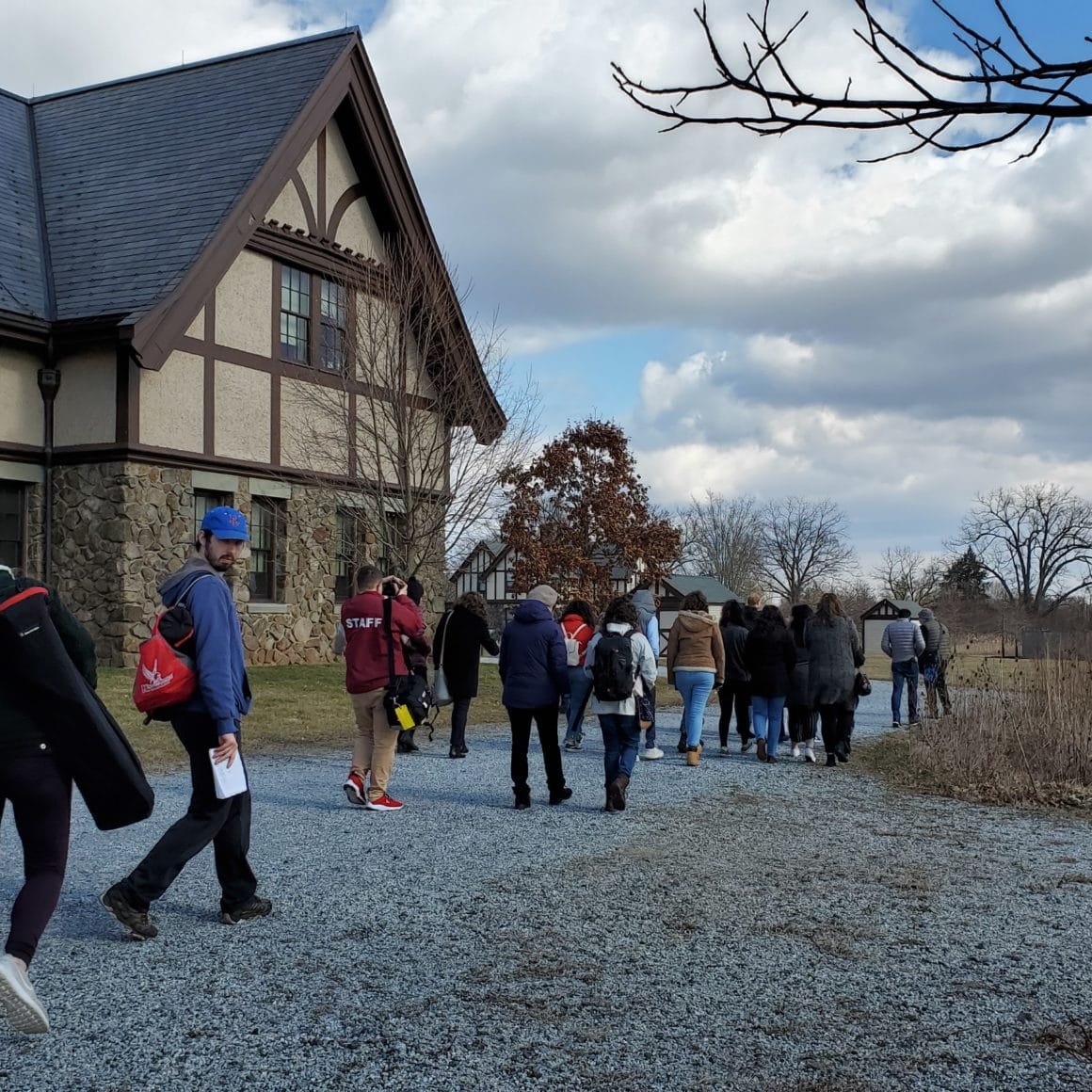 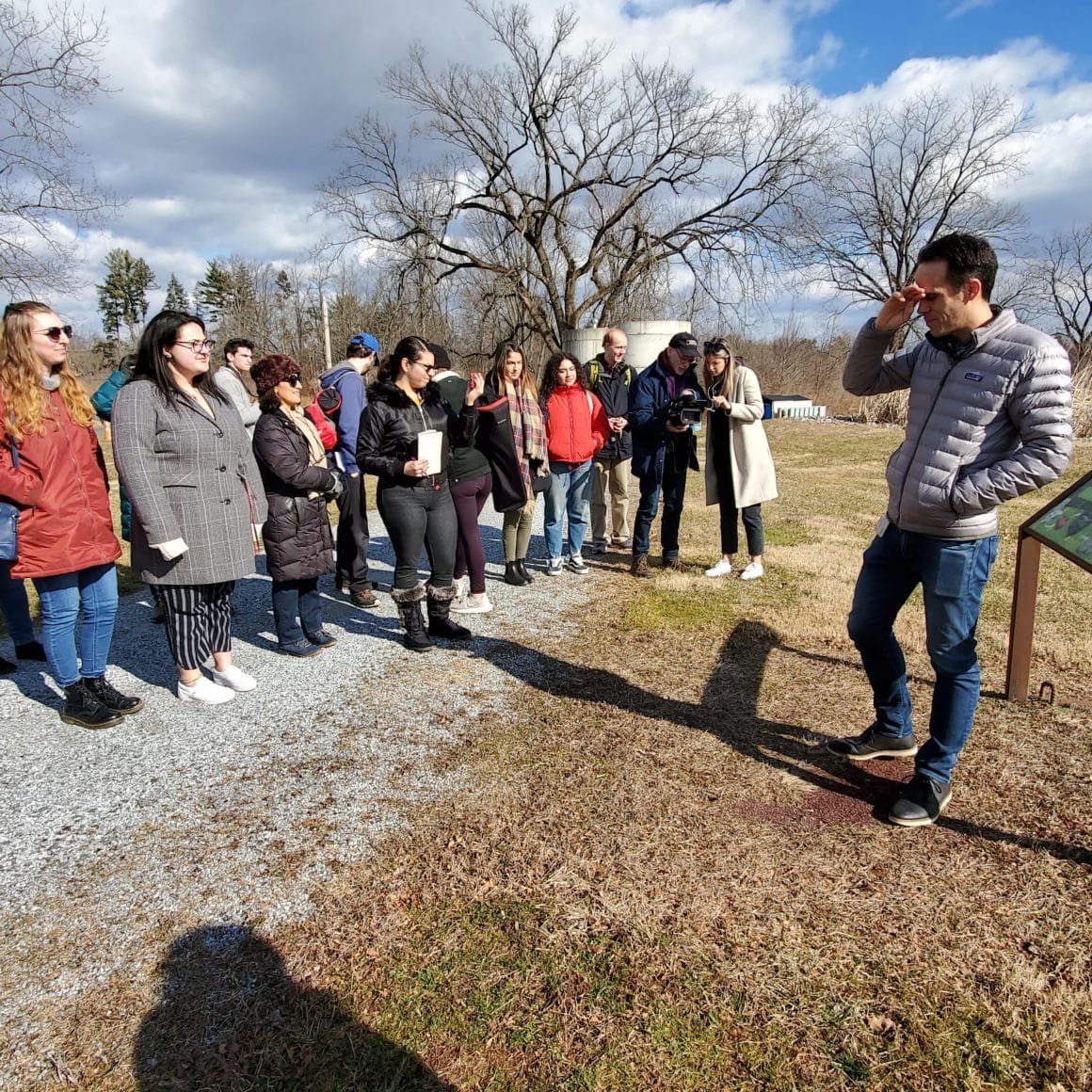 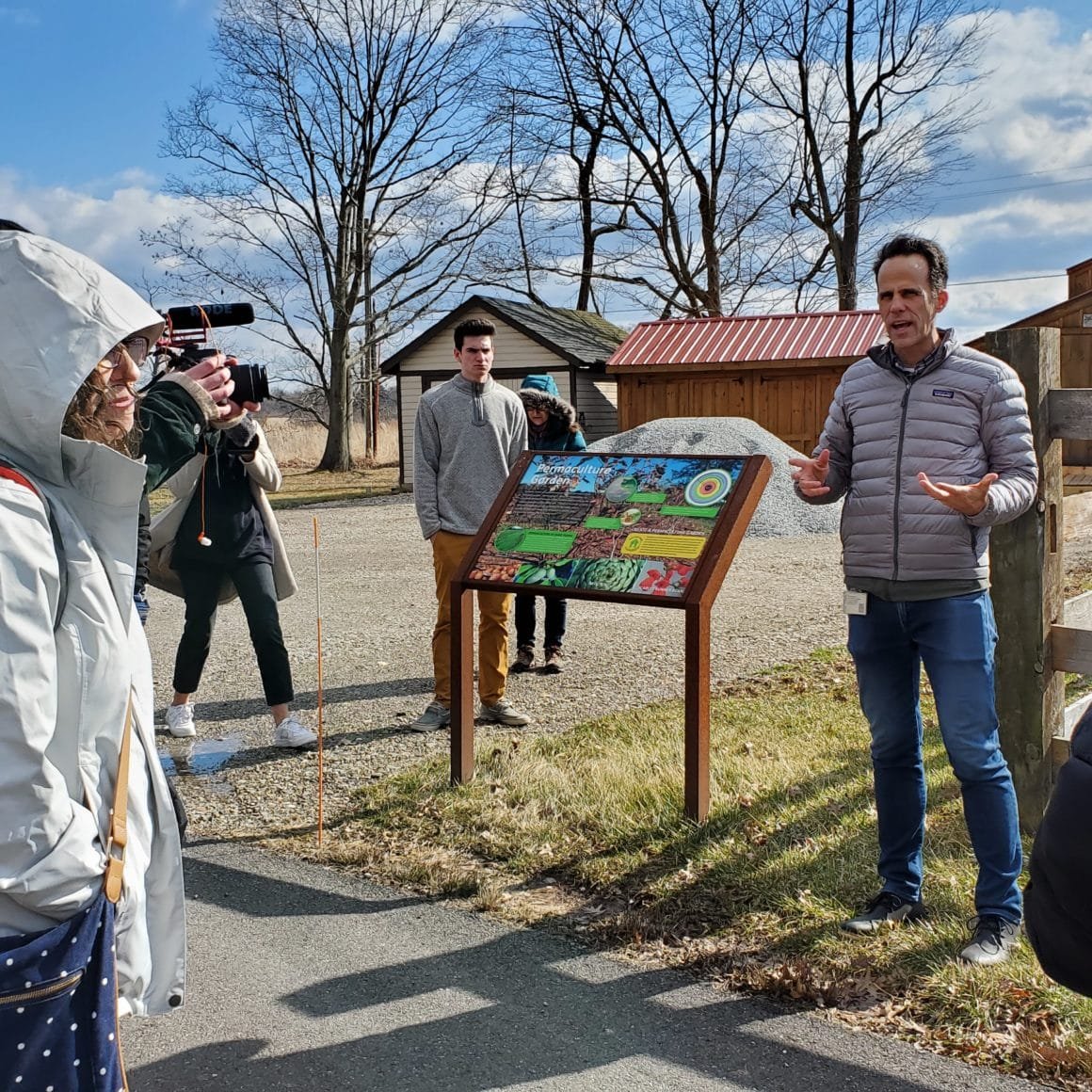 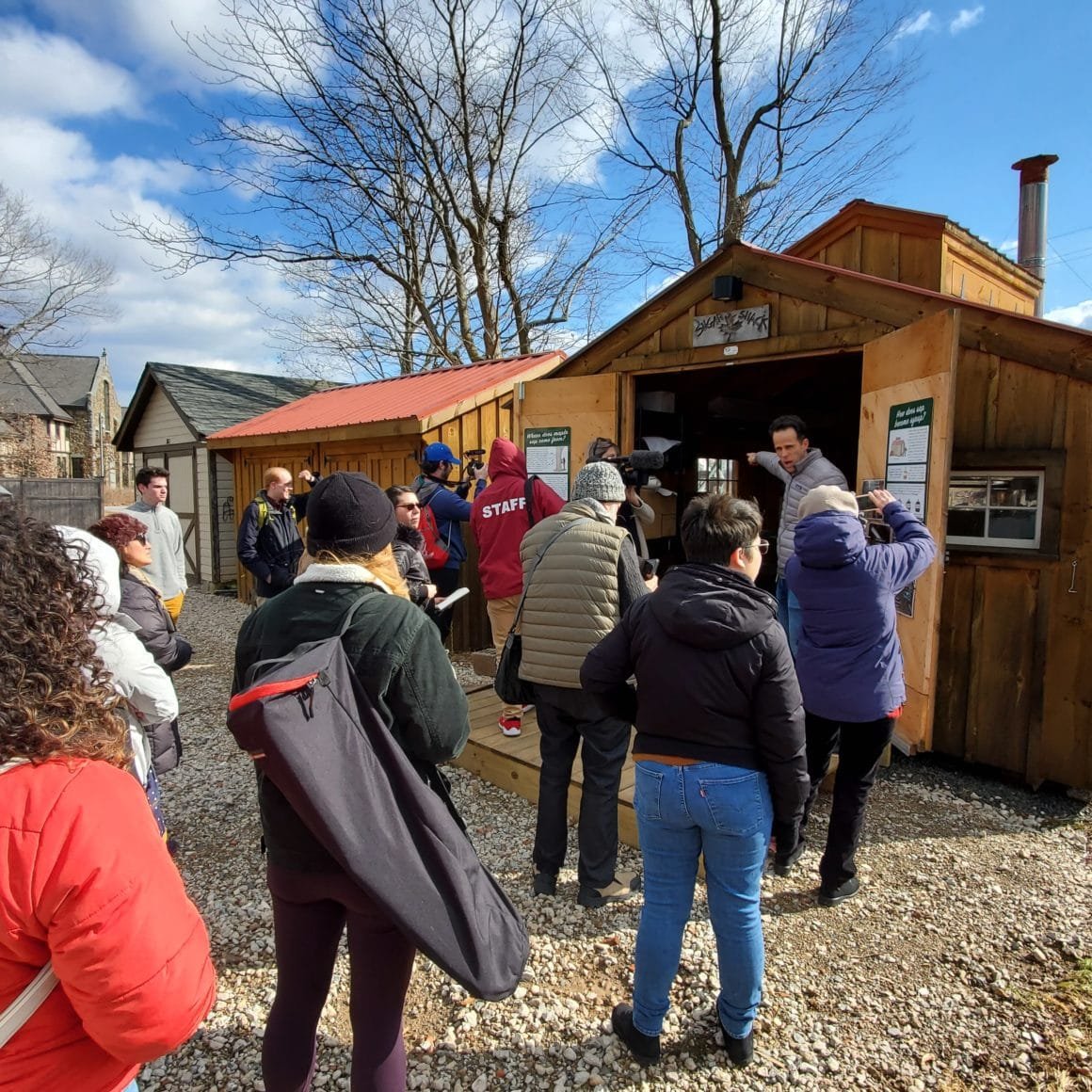 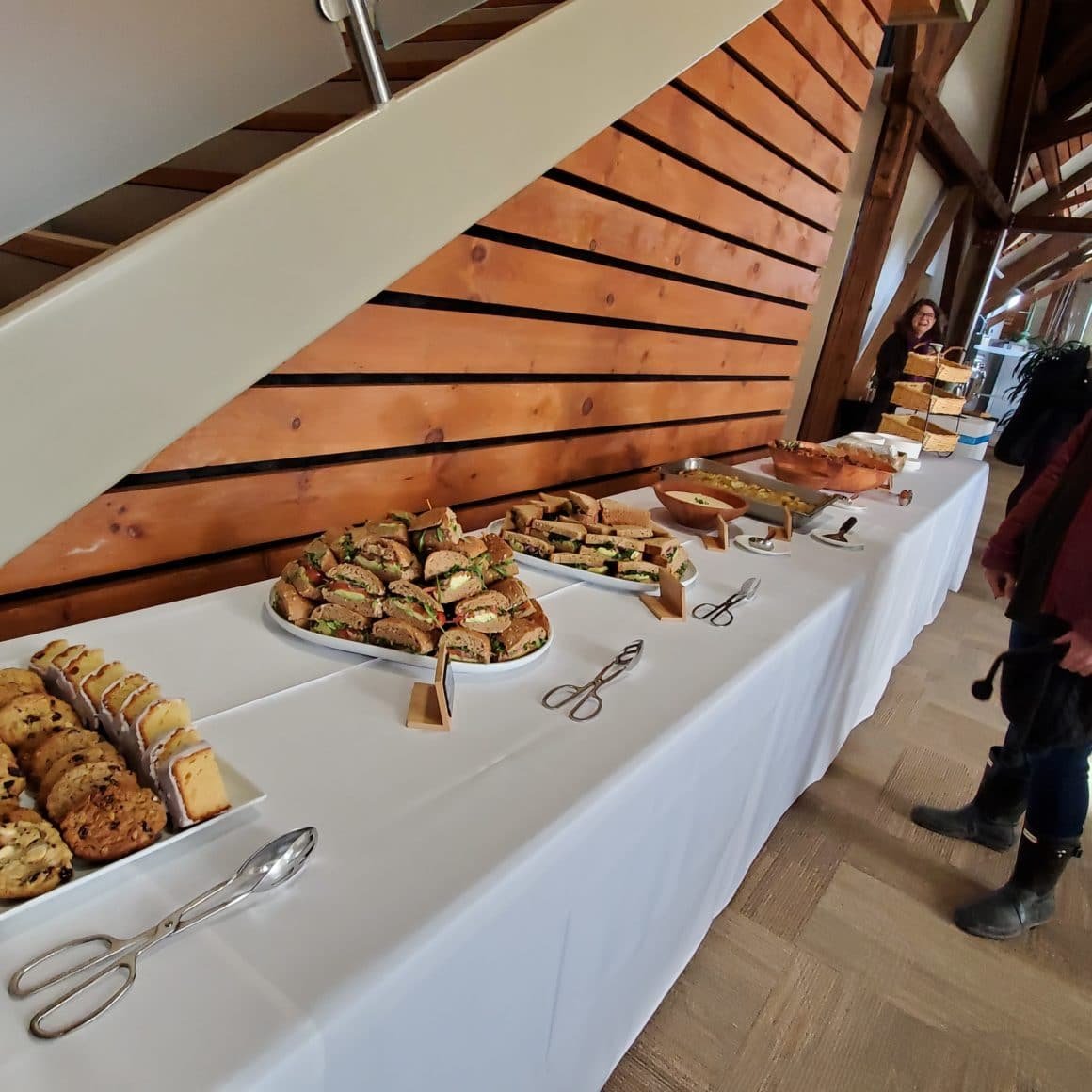 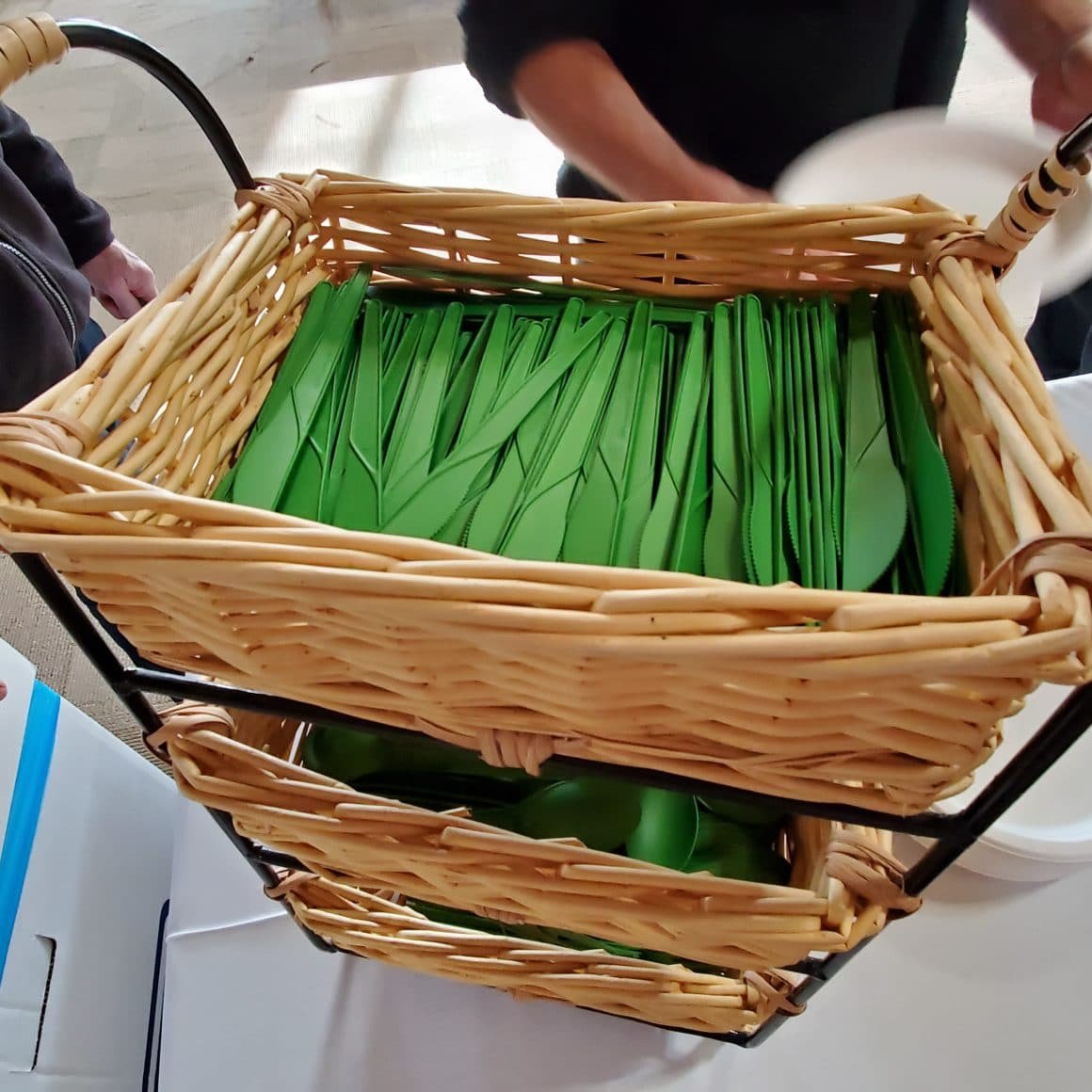 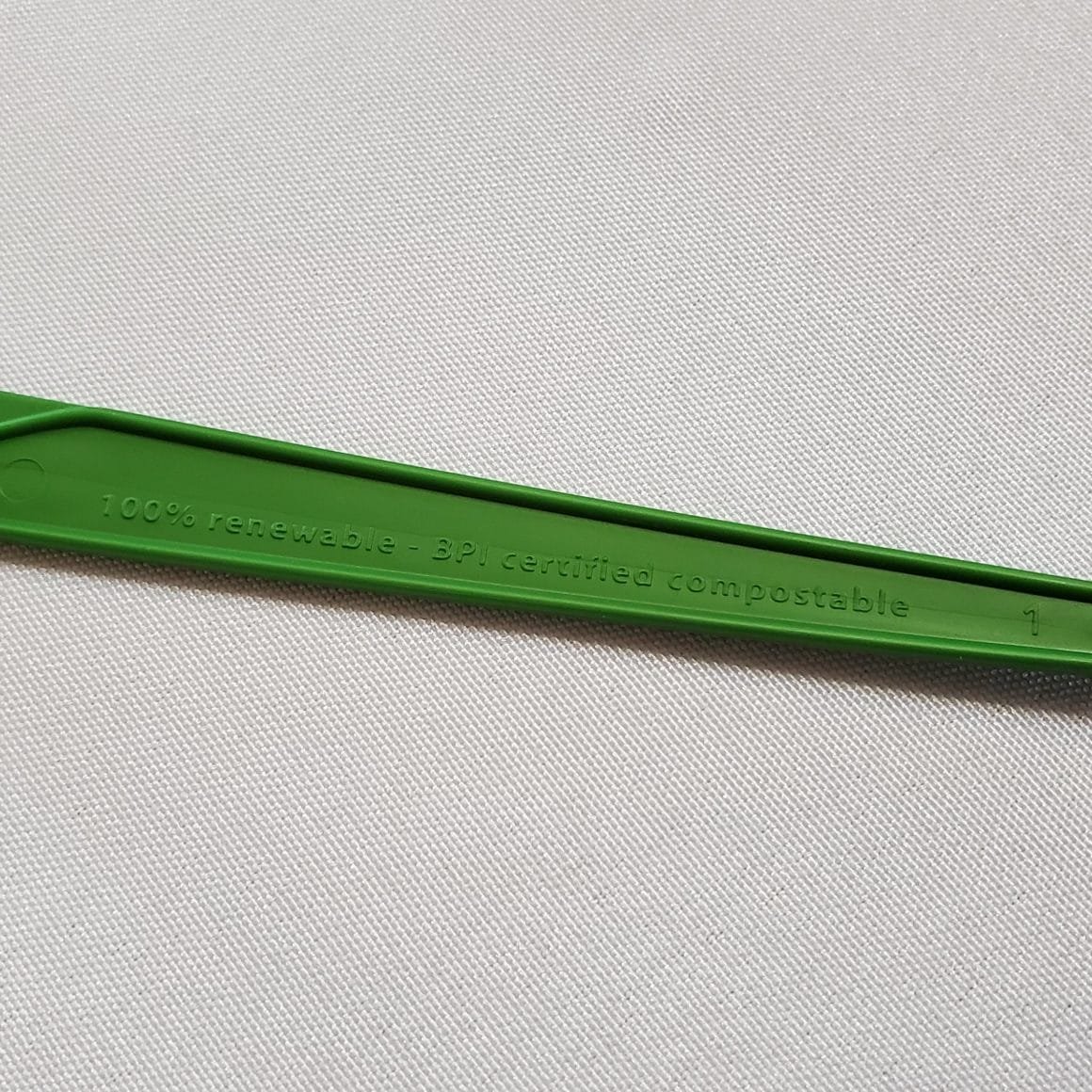 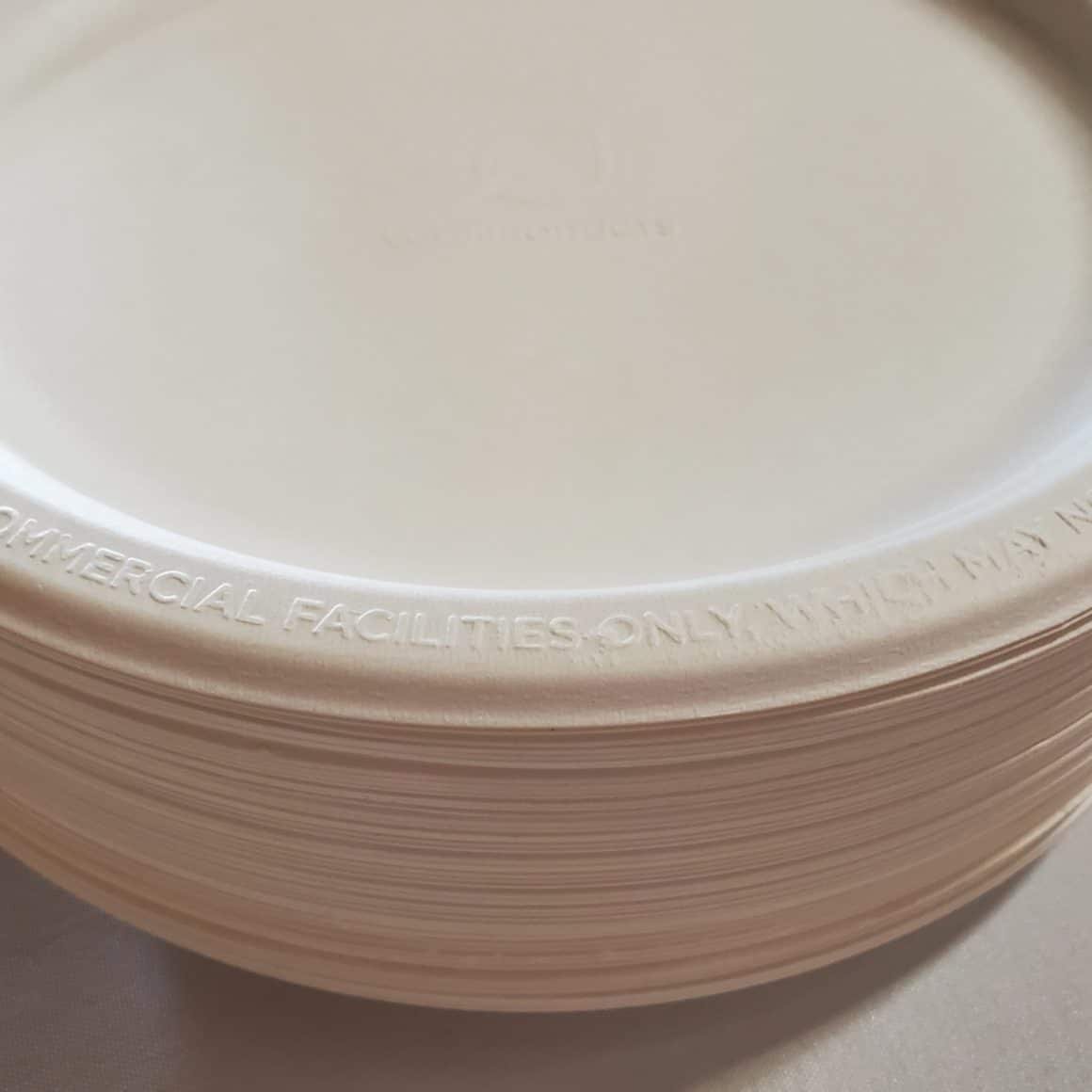 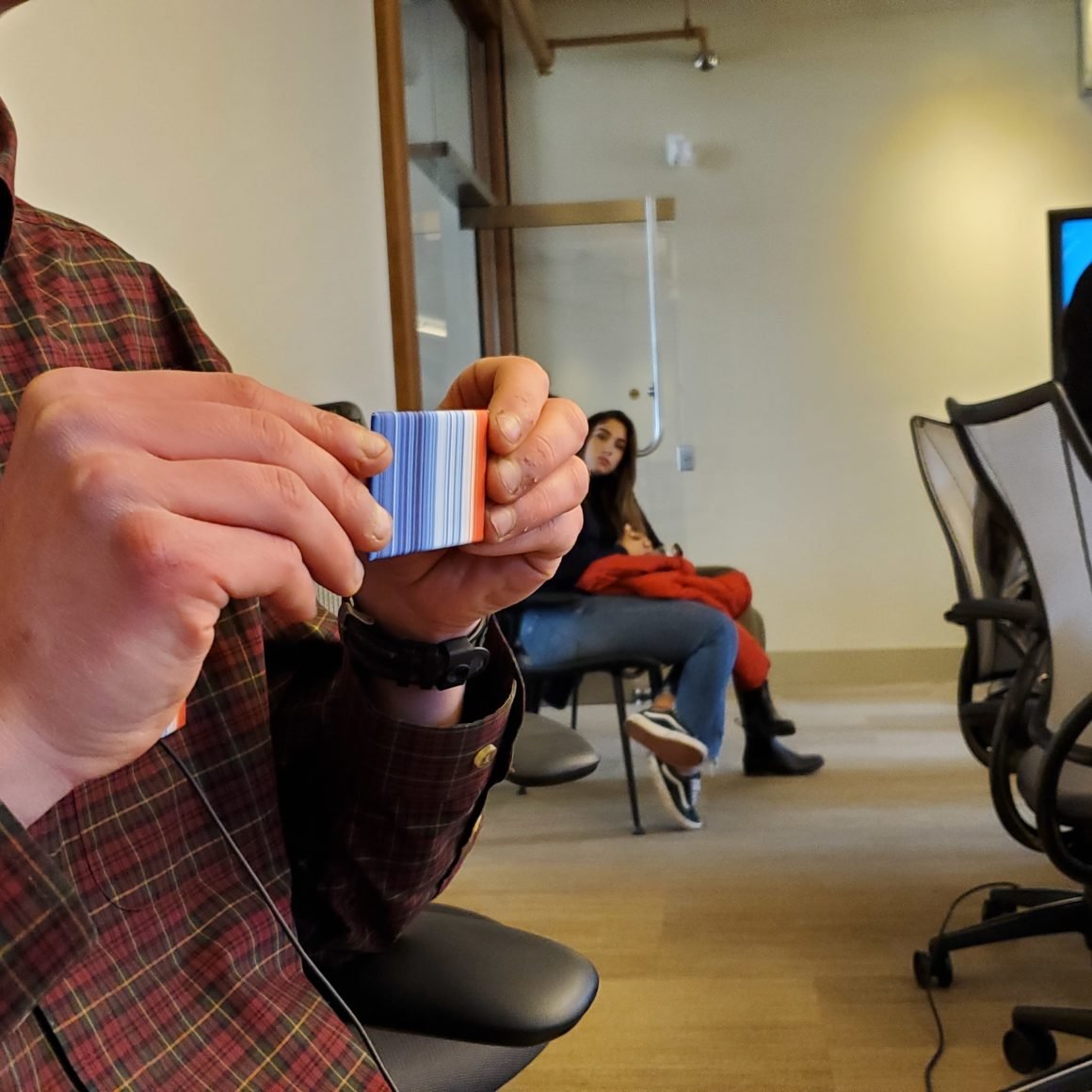 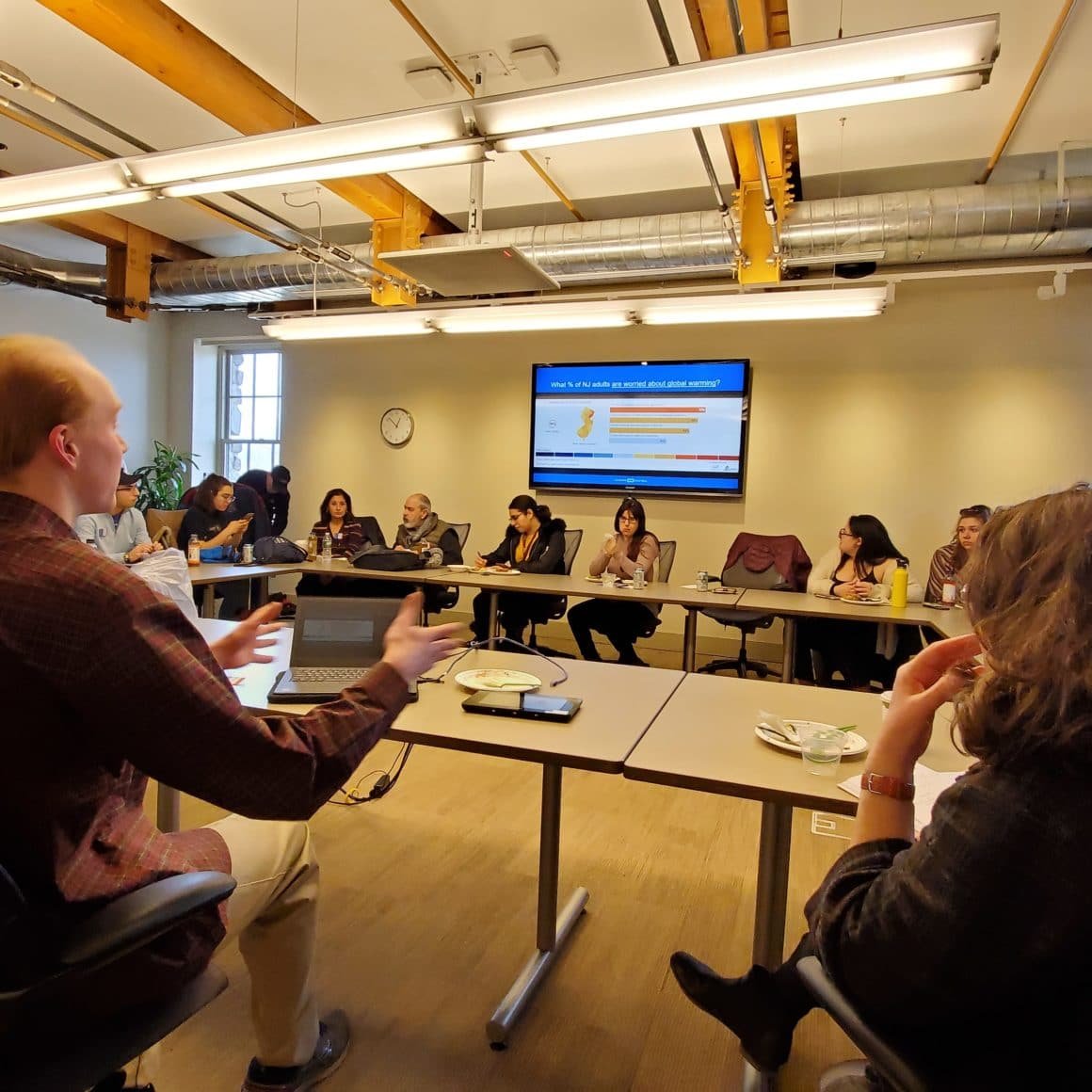 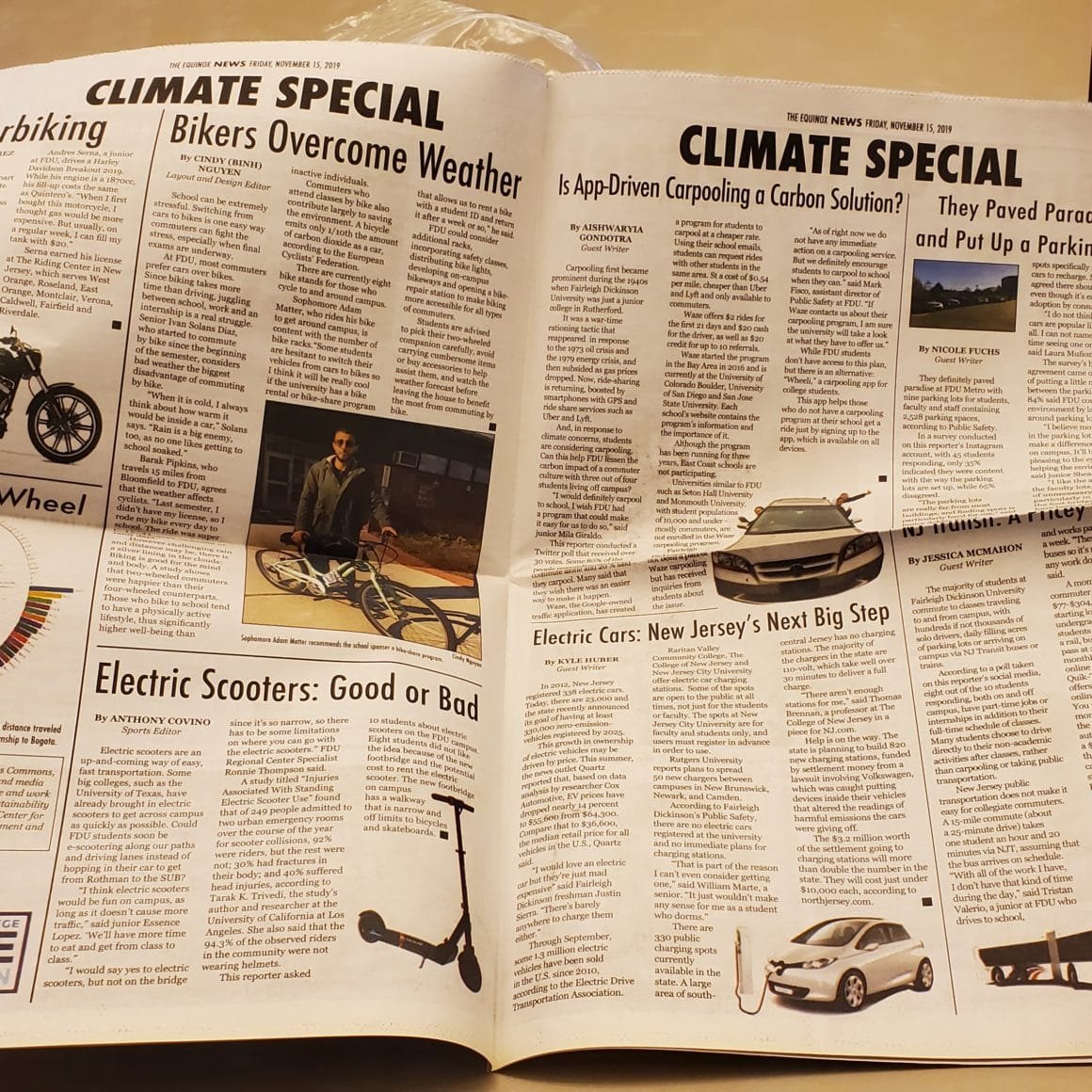 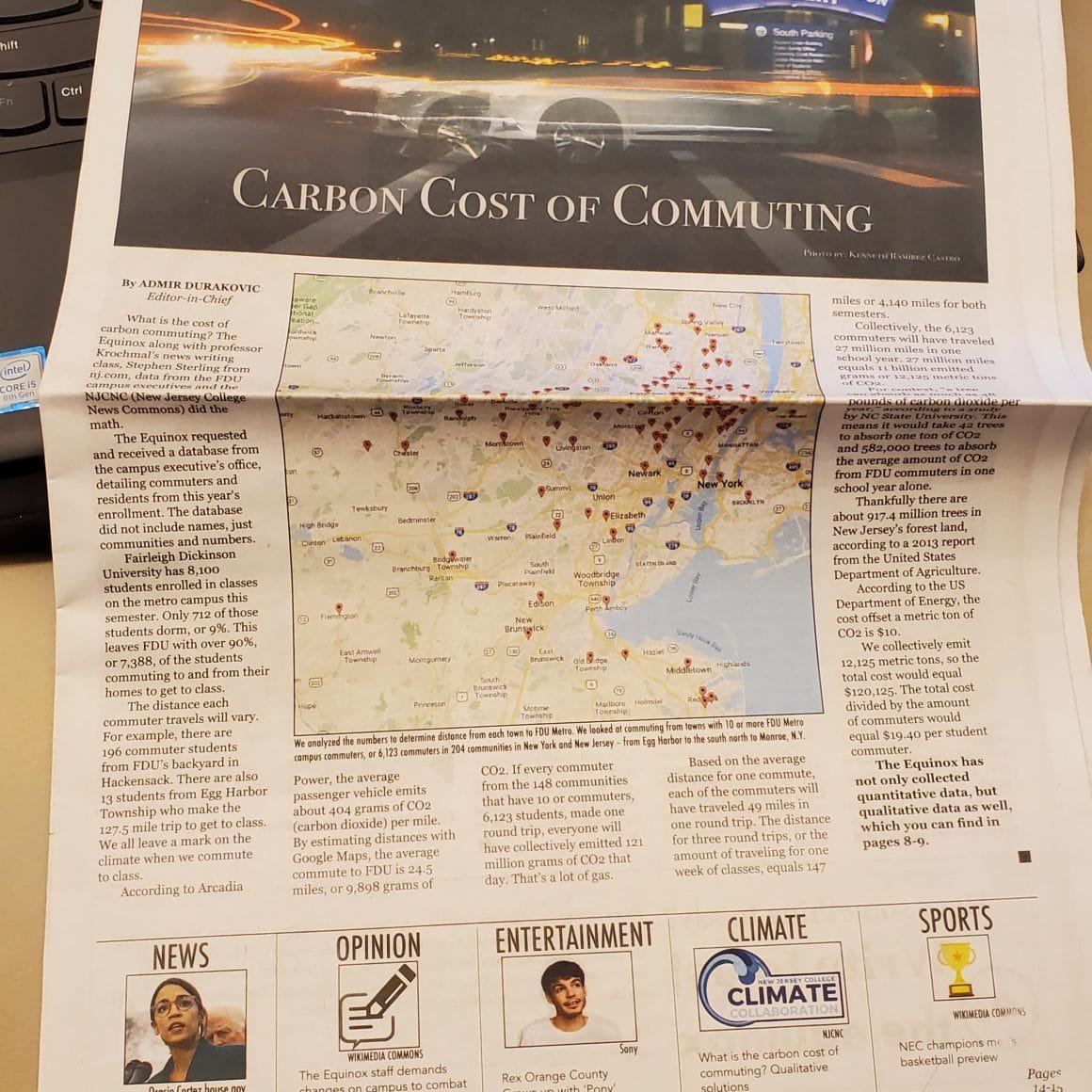 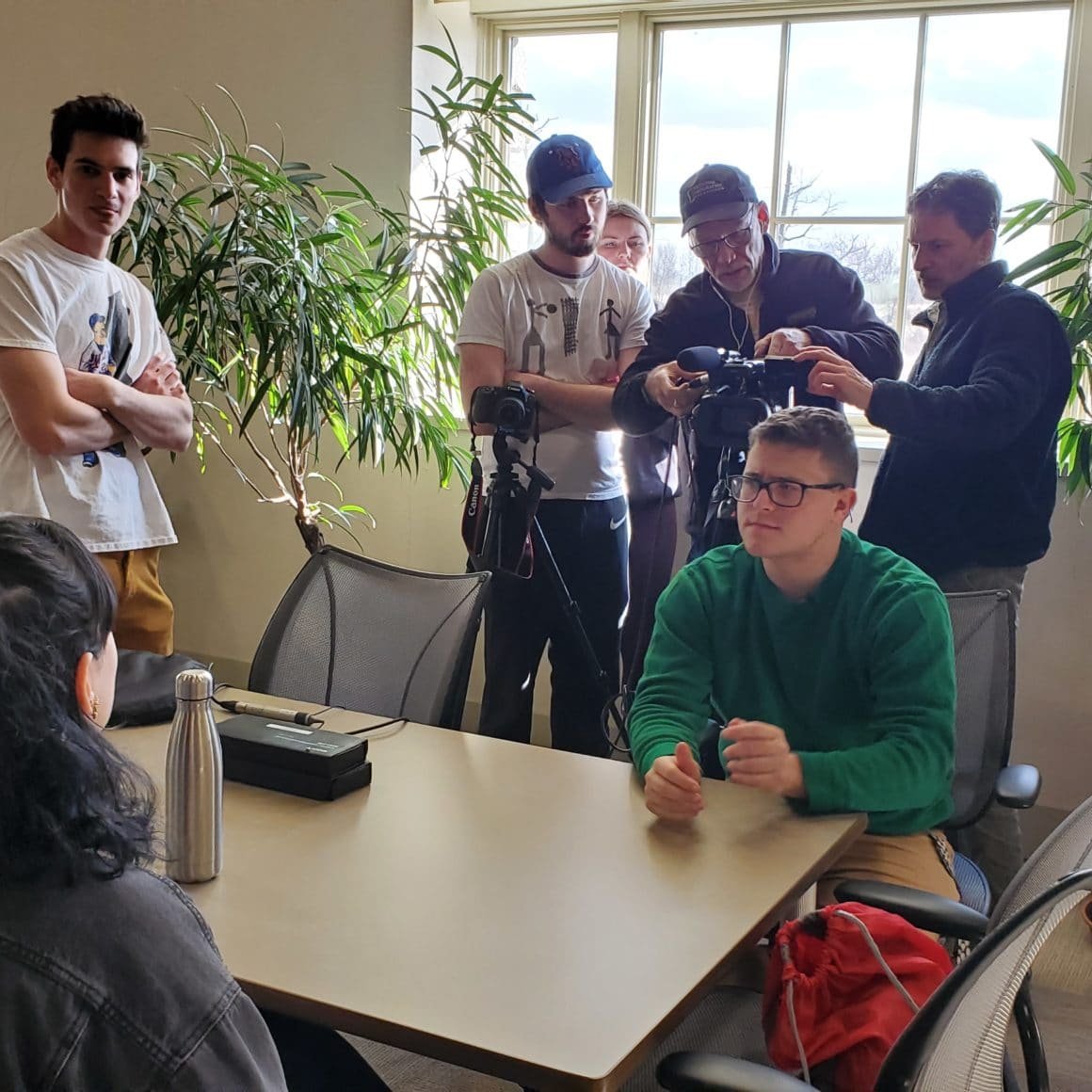 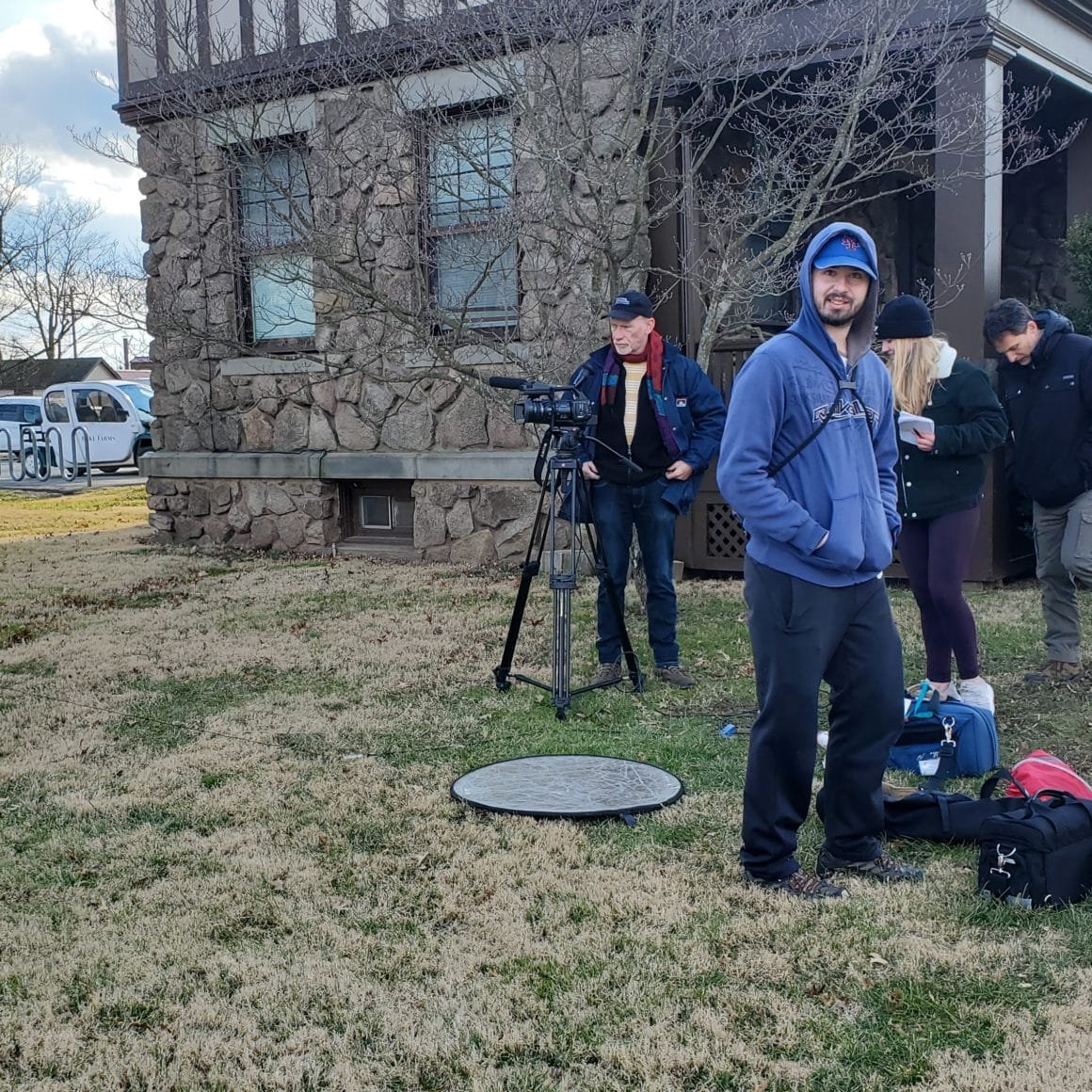 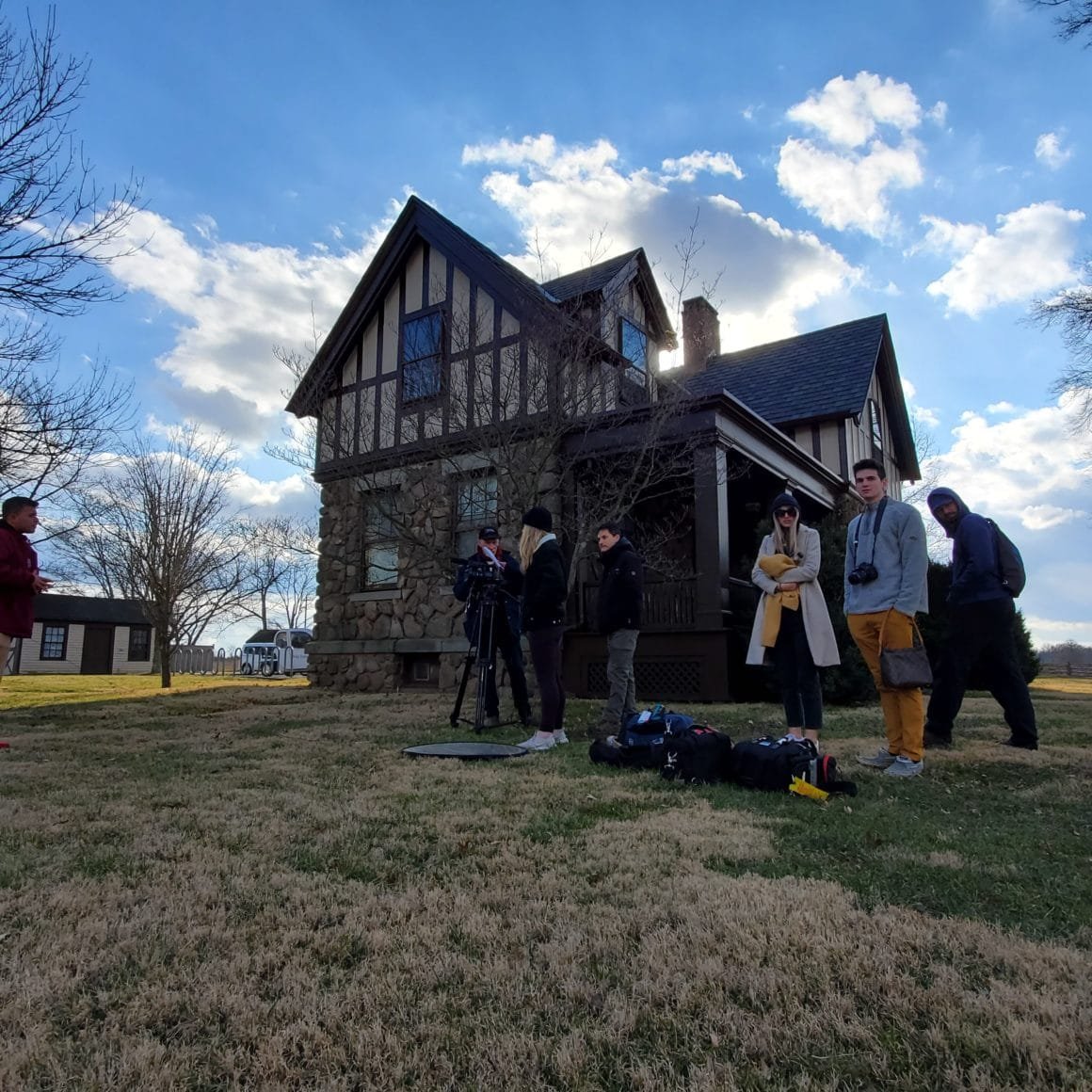 Everyone in our collaborative agreed to make climate and environmental coverage a central part of their work over the course of the fall semester. What stories our partners run, how many stories they run, and what those stories say is completely up to each partner — each outlet retains its editorial independence. 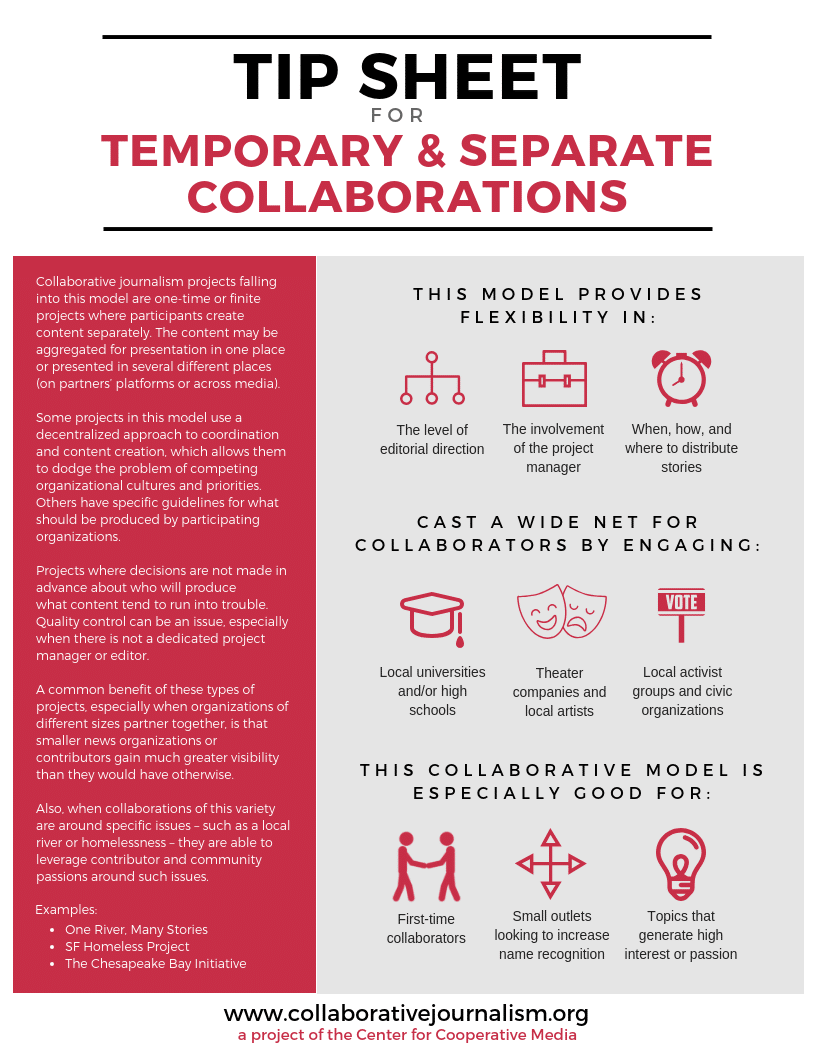 The work produced as a result “may be aggregated for presentation in one place or presented in several different places,” including on partners’ respective web platforms or across other media.

The more coverage the better, but no one will be required to run a climate story every day. All we ask is a good faith effort to increase the visibility of your climate coverage.

Partners will make their work available, for free, to the other partners participating in this collaboration. No one will be required to run this content, but everyone will have the option.

We will feature the work produced as a result of this project in a regular email newsletter and across the various NJ College News Commons websites and social media channels.

The Center for Cooperative Media will handle much of the organizational tasks associated with sharing content and co-branding it as part of this NJ College News Commons network. We will serve as a clearinghouse for content-sharing and individual partnership opportunities, and we’ll play the role of matchmaker when it comes to connecting partners with other journalists and publications that have content to share.

We will help create a project logo, a tagline to attach to all stories to indicate they are part of the project, and other marketing materials associated with the project.

Finally, we’ll pay a student to compile a regular project newsletter to help showcase the work of our campus media partners and highlight the contributions of student reporters and editors across the state.

Here’s a brief list of stories and reports about some of the other climate-related collaborative reporting projects that are currently underway:

If you’re interested in joining us, or if you’re already doing work that fits within this collaboration in New Jersey, please send Joe Amditis an email at [email protected].